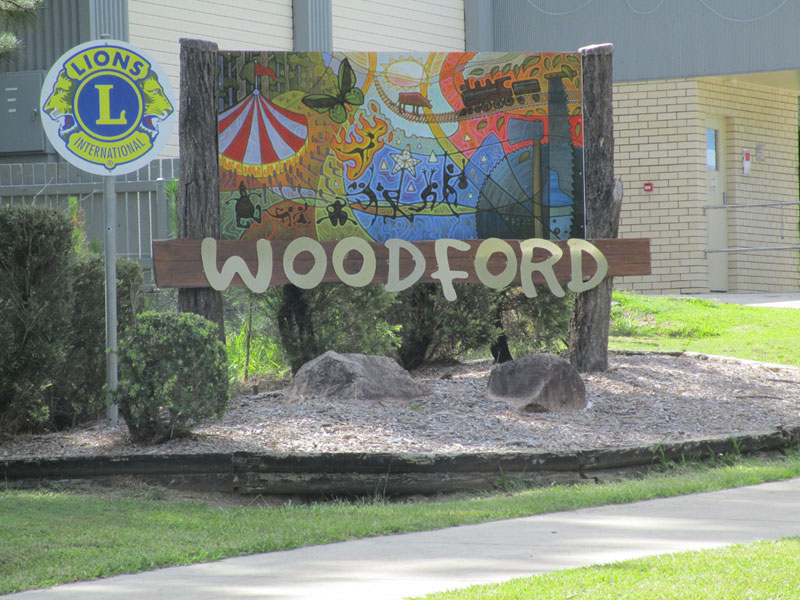 Woodford is a rural town 26km north-west of Caboolture on the D’Aguilar Highway. Woodford is one of the earliest settled areas in the region and this history is reflected in many of it’s buildings such as the grand old hotel and colonial style shops.

In 1841 the Archer brothers established Durundur station along the Stanley River, near where Woodford now stands and the town is named in honour of the junior partner of the Station, Mr H.C. Wood and also in recognition of the importance to the community of the ford across the river.

Woodford is the terminus for the disused Kilcoy branch railway line, which reached the town in 1909 and extended from Caboolture to Kilcoy. This line was closed in the mid 60’s but the Australian Narrow Gauge Railway Society Museum operates a steam train on part of the old track on the first and third Sunday of each month.

One of Woodford’s main claims to fame is the Woodford Folk Festival which is a week long festival that starts on the 27th of December every year. The town also hosts a small market in the middle of the town on the third Sunday of each month.

Once a very insular country town, Woodford is now rapidly urbanising with new housing subdivisions and facilities being established. The towns boasts two Supermarekts, a range of shops, a swimming pool, a modern hall next to the council library, a community centre, a sports ground and associated facilities at the showground. (source: en.wikipedia.org)

Woodford at a glance